This is an area where we have significant cases, their resolutions, and results. Follow along as we venture into the world of laws and settlements. Here at Brian McCaffrey’s law office, we make sure to get you the best service and results possible. From bankruptcy, to foreclosures, we have you covered.

Underlying Facts: Our client Marble Hill sued the bank to Quiet Title because the mortgage is beyond the Statute of Limitations to initiate a Foreclosure Action
The bank’s attorneys attempted to circumvent the action by trying to trick the Judge in a 2010 foreclosure case into issuing an order to reopen the case. The bank’s attorney’s never notified us that they had made a motion in the foreclosure case. We caught them in the act and entered the 2010 foreclosure action to stop them. As a result of our opposition, Judge Arlene P. Bluth issued a Ruling wherein she ORDERED the Clerk of the Court to enter a judgment on the record dismissing the case nunc pro tunc to May 21, 2013. This decision clears the way for Marble Hill to complete their Quiet Title action extinguishing the mortgage.

Underlying Facts: Citimortgage Missed the Statutory Deadline to Foreclose
Judge Salvatore Modica issued a Ruling wherein he” ORDERED that the subject mortgage held by defendants, Citimortgage, Inc., is declared invalid pursuant to RPAPL § 1521(4); and it is further ORDERED that the County Clerk of Queens County is directed to cancel the mortgage held by defendant, CitiMortgage, Inc.”

Underlying Facts: MERS had No Authority to Assign
Judge Elliot held that “to the extent that plaintiff argues that it had the authority to assign the mortgage, plaintiff has not shown that MERS had any authority as nominee for the original lender to assign the note.” and… “To the extent that counsel for plaintiff states that plaintiff is in possession of the underlying note, same is insufficient to warrant denial of the motion.”

Underlying Facts: Securitization Fails
Judge Gische held that the Defendant has called into question “whether the REMIC Trust ever really owned the subject mortgage” and as argued by Defendant “the assignment was not made before the cut-off date of the pooling agreement…”

Underlying Facts: Tolling of Interest and Legal Fees Awarded
Judge Nicholai held that “Since Plaintiff seeks to discontinue the action to conduct a review of documents that it should have reviewed prior to commencement of this action, Defendants would be prejudiced if the action were revived and they were charged with the accrual of interest during the interim period while that review occurs…”

Underlying Facts: Foreclosure Sale Overturned Due to Bank Mistake
Judge Lebowitz held that “a court, however, has the discretion to set aside a foreclosure sale where there is evidence of fraud,collusion, mistake or misconduct” and “The Defendant has provided sufficient evidence to this court that he was in good faith negotiations for loss mitigation up to the sale and for several months thereafter… Thus, the court finds that the sale of the property must be vacated…” 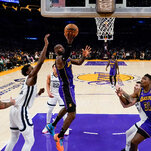 The Los Angeles Lakers star has embraced the often harsh spotlight of celebrity to further his career and personal goals. But he said it can be “challenging at times.” [...]

LeBron James Scoring Tracker: How Close Is He to Kareem Abdul-Jabbar’s Record? 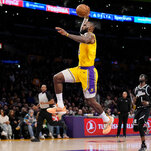 The Lakers star is 36 points away from breaking Kareem Abdul-Jabbar’s career scoring record, which was set before James was born. [...] 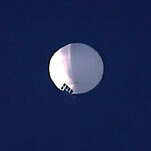 The wind chill atop Mount Washington in New Hampshire approached minus 110 degrees and an infant was killed when a tree fell on a car in western Massachusetts. [...]